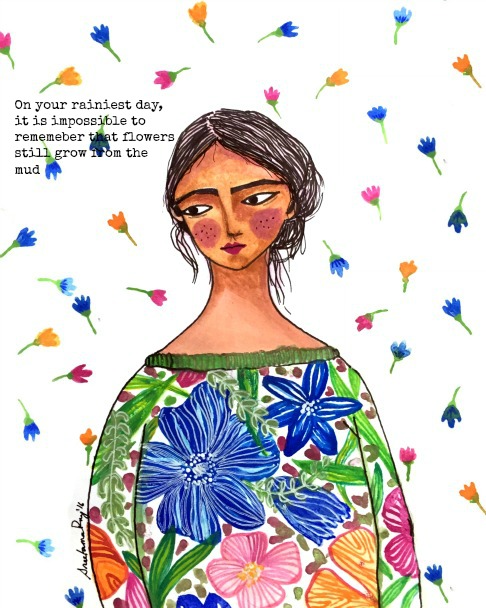 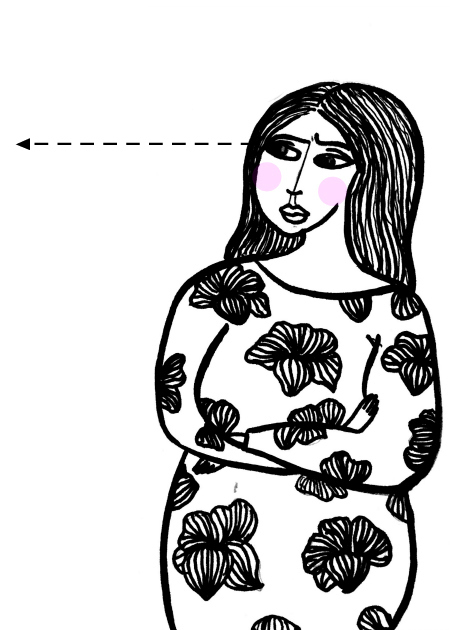 Previously, whenever I wanted to say the word(s) “seriously?!(bitch)”, I would. These days I just have a look (illustrated above). Mostly because in the last two years I have been trying to be more adult, and adulthood sucks balls.

You can see this look happen in varying degrees of fierceness when I hear the following:

I also have a “Bitch you’re dead to me ” face but that one’s hard to illustrate. 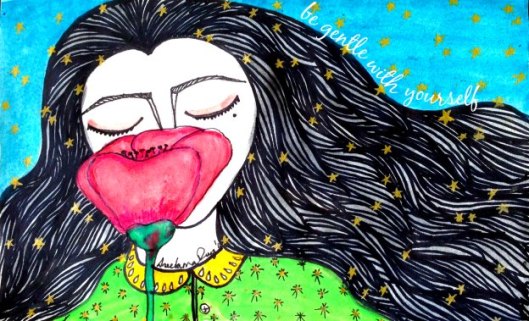 Everyone I know (myself included) is always beating themselves up: over where they are in their careers, what they could have done differently about lost loves, how they could have been there more for a parent, how they could be eating healthier, lost a little weight, been more hardworking, bought a house, been wiser with their money.

So sometimes, it’s important to remind yourself that you are only human and you’re doing the best you can. Be gentle with yourself. You are all you’ve got in this world.

Go without sleep for a few nights. Spend your days insulated from the world.

And if you’ve ever wondered what ghosts look like, the mirror will tell you exactly. 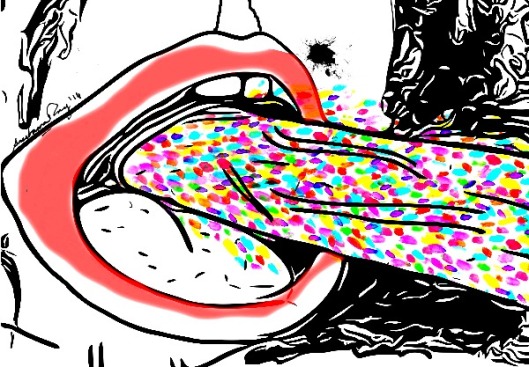 I have spewed out all the dots.

Connecting the dots may seem easy and possibly rewarding to you. But it will just end up in scribbles and intersecting lines all over the page. No shape or form will emerge to provide clarity. Because my dots are merely truths. Not design.

First it was Boko Haram in Nigeria kidnapping 270 girls because they sinned by getting a Western education, and then the Sultan of Brunei introduced Sharia, including the death by stoning law, for the first time in South Asia.

But then what chance do we have, when women of privilege and education don’t have the courage to recognize and to call out sexism in their everyday lives – from their brothers and fathers and indeed, from their husbands.
How can we not move backwards in time, when women of independent means and merit will not speak about feminism for fear of being called sour pusses. When they deliberately abstain from airing their opinions, or even having opinions, on the psychological torture devices used in the modern world to hold women back — for fear of being perceived as cantankerous.

For women who will not participate in what is a sisterhood of struggle and hardship of centuries just to be considered fully human, let me tell you that Madeleine Albright was right.
There is a special place in hell for women who do not help other women. 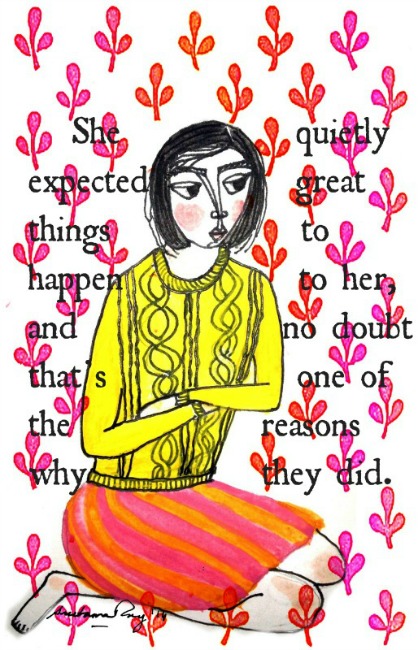 “She quietly expected great things to happen to her, and no doubt that’s one of the reasons why they did.”
– Zelda Fitzgerald

The one year or so that I have been here in Singapore, I have been through a lot of self doubt.

But through it all, beneath the noise and clatter of my self doubt, I really believed I can make it all happen. The best is yet to come, all in it’s own time.

PS: Some of works were curated by Masterpeices, an online gallery by Samsung.  http://www.masterpiecesart.com/trending#

I am in the Singapore section. You can even dedicate my work to someone you love!

” All that we see or seem,
is but a dream within a dream.” 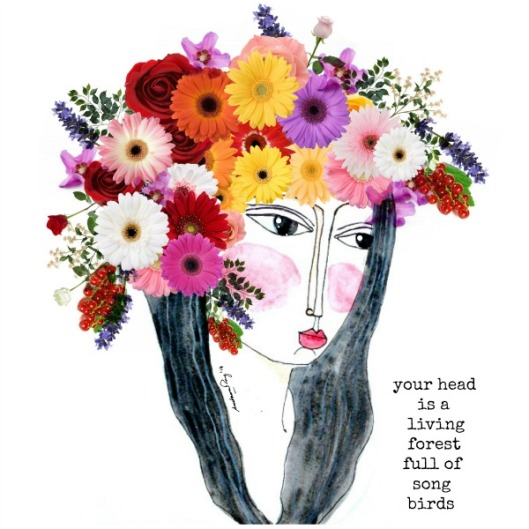 Everything about Women’s Day frustrates me.
All the messages and often, people’s alignment to those messages, make me angry.

Smart, accomplished women who think the day is about the color pink. Of all the colors in the world, why pink? Because women have been told that a particular color defines them — by product companies and advertisers. The female gender of our species is no more born with an inbuilt predilection for a color — than men are born with an inbuilt tap which turns off their tears the minute they tumble out of their mother’s womb.

My childhood was devoid of pink. Not by design, but by accident. I was born in the mid-80’s and India still had a closed market economy. The onslaught of pink products for little girls, from hairclips to waterbottles, had not yet happened. Our unsuspecting populace had not been told via American cable TV that pink is for girls and blue is for boys. We didn’t know.

Women’s day is not about pink. It is certainly not about femininity, or beauty, or motherhood.

It’s about the struggle against all of these things.

I celebrated by speaking to the few people who, I believe, will have some difficulty moving on with their lives was I to die suddenly.

I thought of all the people who had wished they were around to greet 2014. My mashimoni, who said two days before she died that she wanted to attend my wedding. My chhotokaku, who did not get to see his only daughter earn her first salary. Like a son to my father, whose heart broke this year having to cremate his youngest brother. Younger by almost a decade.

My dearest childhood friend, Bag, who died a 24 year old virgin. My last conversation with him was the day  before his accident when he said he was moving to Goa, because “the girls there put out”.

And didibhai. my sister who could not see her son graduate from junior school. Who had wanted to “go home” the day before her cancer claimed her just a few months ago.

This was also the year I lost, not to death but just as irretrievably, a person who I believed had a piece of my soul. A connection that neither time nor distance could erode. Not only did I lose him, but I lost with the understanding that everything he had said, all his principles, all the differences between us were because he simply did not really want me.

In 2013, I lost the bright light of kindness that shone in my husband — replaced by anger and hurt turning into steel with every passing day — when his childhood friends turned on him due a variety of reasons, the primary among which was that he had helped them when they were truly in need. And they did not want to be reminded of that by his presence.

Surrounded by the ghosts of all these people who wanted so dearly to put on a party hat and ring in the new year, and the intangibles that were irrevocably lost, I felt something cold descend upon me in the middle of a muggy Singaporean December.

I have always made friends easily, been vocal with my dislikes and my love. I have welcomed people into my heart and home, at any time, at any hour of the day. I have helped whenever asked to, saved whenever the need arose. I have never been measured in the things I do or say. 2014 will be the year when I stop.

I have never in my life made any new year resolutions. But this year, my resolution is to grow up.

I will never understand why women always shame or guilt themselves, especially with food. Like the whole world wasn’t enough, we also have to do this to ourselves.
I have overheard so many women, biting into a piece of chocolate or a beautiful cupcake, talking about how this is their one guilty pleasure, how they so rarely reward themselves with this treat, body shaming themselves while they are at it, for good measure.
The other night at Robertson Quay, I heard two women discussing sex with men who they don’t really like and how they always feel a bit guilty about it.
What does guilty pleasure even mean? Who came up with it?
Why should there be any guilt in what gives you pleasure?

“Even chance meetings are the result of karma… Things in life are fated by our previous lives. That even in the smallest events there’s no such thing as coincidence.” 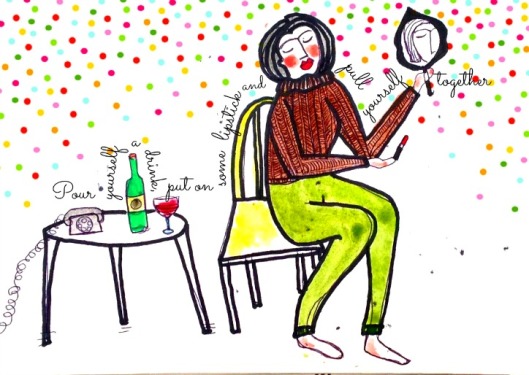 So I told myself what Liv Taylor told us all a long time ago — and went and bought myself multiple pairs of exquisite shoes. 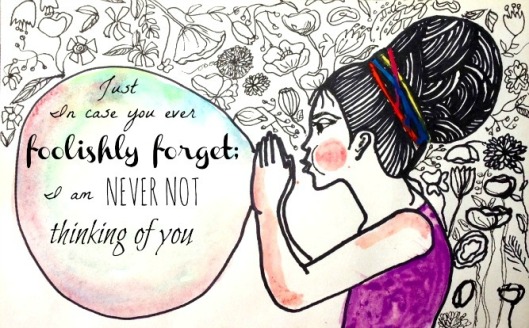 PS: This illustration is inspired by a really cool photo that I saw in an online magazine. Cannot remember the name though.

Copyrighted work: DO NOT STEAL

This work is licensed under a Creative Commons Attribution-NonCommercial-ShareAlike 3.0 Unported License.
Join 1,173 other followers